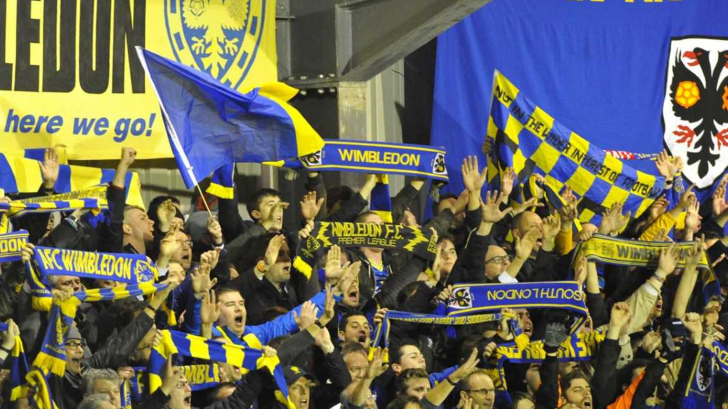 How well do you know AFC Wimbledon?

These AFCW trivia questions will test your memory of everything AFC Wimbledon ranging from historic moments to key transfers to legendary personnel.

What year were AFC Wimbledon founded?

What is AFC Wimbledon's nickname?

Who is AFC Wimbledon's leading goalscorer from the Football League era?

How many league matches did AFC Wimbledon go undefeated to set a new record?

How many penalties did Seb Brown save in the 2011 Conference Premier play-off final?

Who scored 10 minutes into injury time of the 2016 Football League Two play-off final?

What was the score in AFC Wimbledon's triumphant first ever fixture against MK Dons?

Which of these players did AFC Wimbledon receive the highest transfer fee for?

Who was the first AFC Wimbledon player to score a hattrick?

Which musician is a fan of AFC Wimbledon?